You are here: Home / Ramblings of a Restless Mind / Happy New Year! 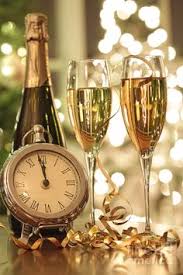 Happy New Year!  So, it’s only mid-January and  several of my New Year’s resolutions are beginning to crumble. It’s not that I’m not willing to be tough on myself, it’s just that many of my resolutions were problematic. Here’s what I mean:

Okay, as soon as I made this resolution all I could think about were juicy cheeseburgers, sizzling on a grill.  And I don’t even like red meat that much! Well, except bacon, the worst of the red meats. But here’s the rub: this used to be a resolution about health. Now it’s also a resolution about saving our planet. The way we process meat, especially in the U.S.A. is not good for our planet folks. I’ll keep that in mind when I eschew the bacon cheeseburger and instead order the Impossible Bur… I can’t even finish that sentence.

Well, I already exercise a lot. I love to exercise. I love hiking, riding bikes, running, walking my dog, yoga, lifting weights… but there are only so many hours in the day! If I exercise more, then something else that is equally important is bound to suffer. Why do I torture myself like that? So I’ll rewrite this resolution to say, “keep up exercise regimen.” There! See what a good rewrite can do?

This one I’d really like to try to do. I used to know Spanish pretty well, but if you don’t use it you lose it. I’m thinking of getting my favorite children’s novels, the ones I know so well that I’ve practically memorized them, and try to read them in Spanish, writing down vocab words. First step, buy Spanish version of Charlie and the Chocolate Factory!

Resolution: #4: Learn to play the harp.

I just came into a beautiful lever harp and started taking harp lessons, so if all goes well, and if I practice, by the end of the year I may be able to play chopsticks on the harp! Yeah!

Hahahaha! Yeah, no. That’s not going to happen.

Six… er, four resolutions. Let’s see how well I do.

This site uses Akismet to reduce spam. Learn how your comment data is processed.

There are no upcoming events at this time.

Once you learn to read you will be forever free. — Frederick Douglas