Fun . . . for all lovers of fantasy, and the diversity is welcome.

One of the few fantasies with any African-American characters . . .

Fills the gap between Harry Potter and A Series of Unfortunate Events.

It’s refreshing to have African American teens as main characters without their race being a main theme of the book . . . this action packed fantasy will appeal to adventure readers and those who like time travel or historical fiction . . . readers will eagerly await the next trip.

In this second book in THE GOLDEN HOUR series, Xanthe Alexander is in a foul mood because her twin, Xavier, has just won a prestigious award that she coveted which included as part of the prize a trip to Washington D.C. While brooding she is visited by her friend Rowan Popplewell, who informs her that the Aunts, Agatha Drake and Gertrude Pembroke, want to recruit all four of them (Rowan, Nina, Xanthe and Xavier) to help collect curios for their shop and become Time Traveler Frequent Fliers, giving them unlimited access to the alleviators and the opportunity to travel all over the world through time. Xanthe is ecstatic, not only by this news but also because she gets to do something fun without Xavier.

Once everyone (except Xavier) has gathered in Owatannauk, Agatha lays out the plan; they are going to Alexandria Egypt, 58 B.C., to retrieve some documents from warehouses of the great Alexandrian Library, which was the intellectual center of the ancient world before it was set on fire by Julius Caesar in 48 B.C. and lost to history.

All goes well until Xavier shows up. His trip to Washington D.C. was canceled due to food poisoning and Xanthe is livid that he has intruded on her adventure. She senses that he is also trying to “steal” Rowan away from her. She meets the young princess Cleopatra, and in her anger and desperation for attention she decides to befriend the young princess. Using the alleviator time machines Xanthe visits Cleopatra at different times of her life, up through when Cleopatra becomes queen and meets Julius Caesar. Xanthe’s relationship with the Egyptian queen sets off a disastrous series of events that changes history, and she appeals to her brother and friends to help her set things straight.

In their attempt to rectify the mistake the foursome find themselves in a race against time, meeting one challenge after another as they explore underground crypts, fight a gladiatorial battle, and a hunt through a pyramid for an unusual treasure. Xanthe and Xavier realize they have to work together for their mission to succeed.

My research for HOUR OF THE COBRA consisted of primarily secondary sources. The part of Alexandria Egypt that I was writing about is under water due to a series of earthquakes, however I was able to find books that gave me a fairly good idea of what the city looked like, down to how the streets were laid out on the city grid. Books that I found most useful were: A Travel Guide to Ancient Alexandria by Don Nardo, Cleopatra: The Life and Death of a Pharoah, by Edith Flamarion, and Alexandria, Jewel of Egypt by Jean Yves Empereur. Cleopatra’s Palace, In Search of a Legend by Laura Foreman documents the 1998 deep-sea expedition led by Frank Goddio that explored the East Harbor of Alexandria and unearthed magnificent artifacts from Cleopatra’s submerged palace. Ancient literary sources for eyewitness accounts of that era were useful. Strabo (64 B.C. – 24 A.D.) a Greek historian, philosopher and geographer described Alexandria and the Great Pyramid of Khufu in his Geographia. Plutarch (45 A.D.- 125 A.D.) in his Life of Caesar and Life of Antony wrote about Cleopatra within a century of the deaths of those two men. I also used online sources. A website sponsored by NOVA provided a virtual tour of the interior of the Great Pyramid of Khufu, which was most helpful. Articles in Al-Ahram Weekly that I found online described a newly discovered Necropolis in detail, and a site sponsored by Dr. Zahi Hawass, Undersecretary of the State for the Giza Monuments, provided solid information about the history and culture of that region

In choosing Alexandria, Egypt in 48BC as the second destination in this time travel series I repeated my inclination to choose locations that I would like to spend time researching. The personalities of Julius Caesar and Cleopatra have long fascinated me, along with the idea of an ancient capital of intellectualism, and early cosmopolitan, multicultural settings. I also thought this would be a place that would appeal to Xanthe; since this book was going to be from her point of view I wanted to choose a location that would appeal to her character. Xanthe is intrigued by native cultures, living close to the land, but also things that are mystical, symbolic and mysterious. Her brother is a pragmatist; she looks for something deeper. The ancient Egyptian religion would fascinate her. The theme of sibling rivalry is prominent in Hour of the Cobra, and it is also a major element of Cleopatra’s life. Xanthe finds much in common with Cleopatra. They are both exceptionally smart and outgoing. Both are leaders. Both have brothers that get on their nerves. Cleopatra and her brother Ptolemy are an example of what happens when sibling rivalry gets out of control. 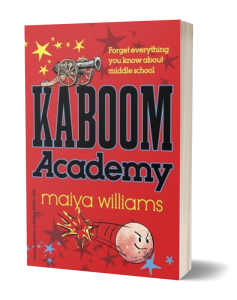 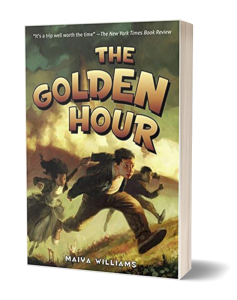 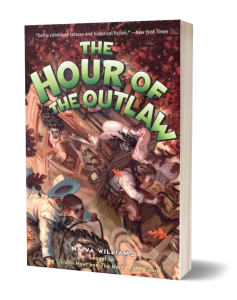 A book is a device to ignite the imagination. — Alan Bennett